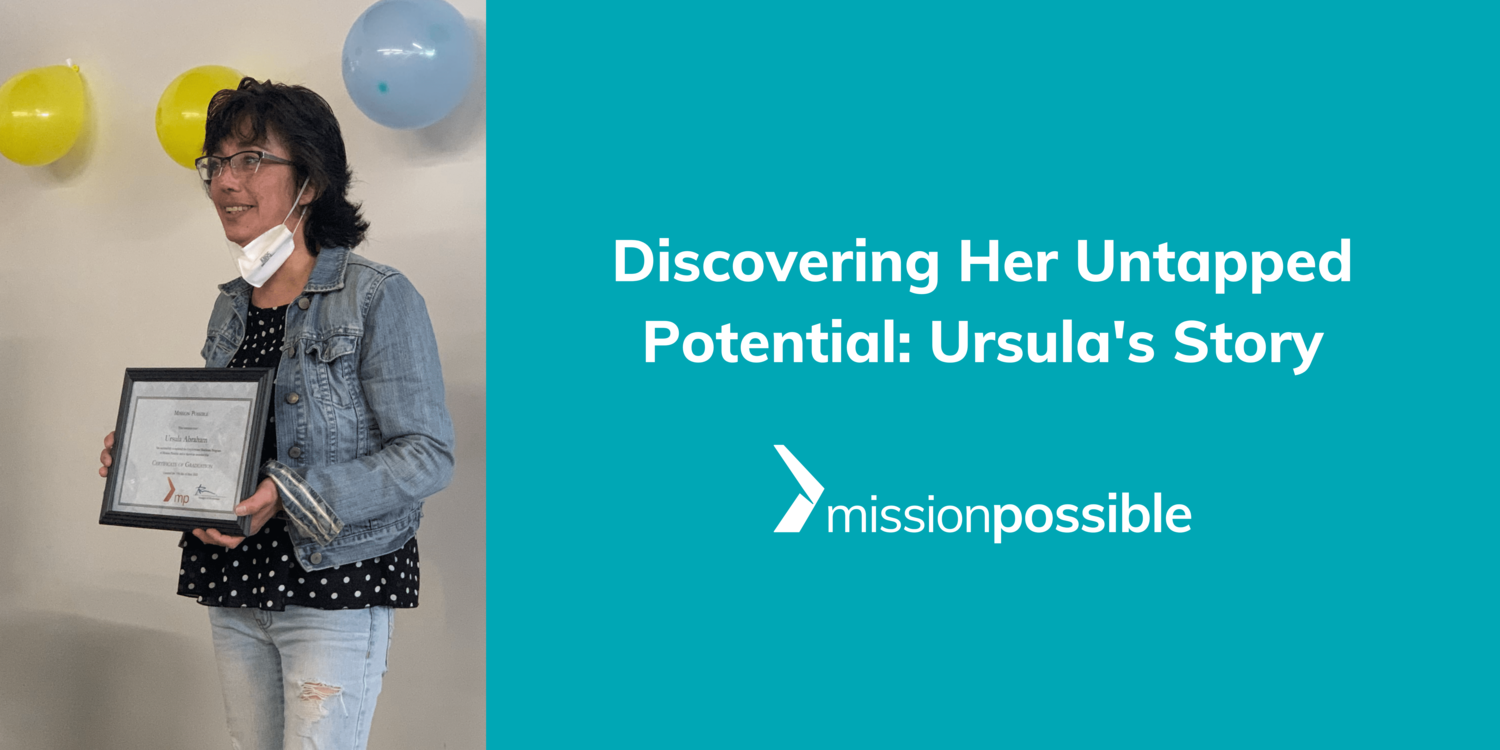 Ursula grew up in East Vancouver where she lived with her mom, a residential school survivor. Due to the generational trauma of that experience, Ursula’s childhood was a difficult one and she was in the regular presence of substance use/abuse. Unfortunately, she started drinking at a young age herself.

At 21, Ursula began her journey into motherhood and now has a total of four children, whom she loves; however, as her kids got older, Ursula began to struggle with her mental health and she fell back into her addiction, eventually switching out alcohol for various harder substances. She knew she needed help.

Mustering up her courage, Ursula first tried getting into recovery by reading and researching articles on the internet, but she just was not able to do it on her own. Then, in June 2021, she entered a treatment center for three months. Ursula shared, “I put 100% into it because I knew I was in the right place. I was in a safe place.” Although this time was really difficult, Ursula is now seven months clean, and doing as much as she can to stay on top of her recovery.

A memorable moment that stood out to Ursula about her time with Mission Possible (MP) was when a supervisor mentioned that she would make a fantastic supervisor herself, if she was willing to obtain the certifications. Since then, Ursula has obtained her Class 5 driver’s license and will be able to apply for her Class 7 driver’s license in September. Additionally, Ursula recently completed her BC Security License training course through Mission Possible. Should she decide to follow this career path, she would like to become a security guard at Rogers Arena; however, she is committed to keeping her job prospects open for the time being.

Ursula has also been taking advantage of MP’s Cover Letter & Resume Writing Workshops, where she has been able to participate in mock interviews to better prepare herself for when she begins her job search. As she has usually secured jobs via word-of-mouth referrals, the aspect of job searching will be a new experience for her and she therefore wants to continue sharpening her skills. “I don’t think I would have been able to get as far as I am [today] without Mission Possible’s help. I would have probably still been in my room doing the stinking thinking!”

And let us assure you that all of her hard work has not gone unnoticed here at Mission Possible. Ursula was recently awarded MP’s Employee of the Month award, which was not only a pleasant surprise for her, but serves as a true testament to her passion, hard work and dedication over the past six months.

Outside of her career journey, Ursula was able to register for BC Housing - a huge win. Being able to move into BC Housing will allow her to not only regain a sense of independence and security, but will also provide her with a place she can call “home” for her and her family.

This summer, Ursula plans to help her mother with some property maintenance using the skills she has developed here at MP, and even plans to extend her services to her mother’s out-of-town neighbours. She also hopes to do some sightseeing around Vancouver on her e-bike, visiting places like the sea wall and taking in the beauty of the city she’s always called home: “I’ve lived here all my life, but I haven’t really gotten to do the tourist thing. I want to see the places I’ve never seen.”

Before coming to Mission Possible, Dale was being placed at various jobs through WorkBC. However, he was disappointed because the jobs would never...

Many British Columbians know all too well the difficulties of navigating the housing market and the ongoing rental crisis throughout the Metro...

Rosa grew up in Prince George after her mom moved her family there. She was never sure why until the news reports about residential schools and...