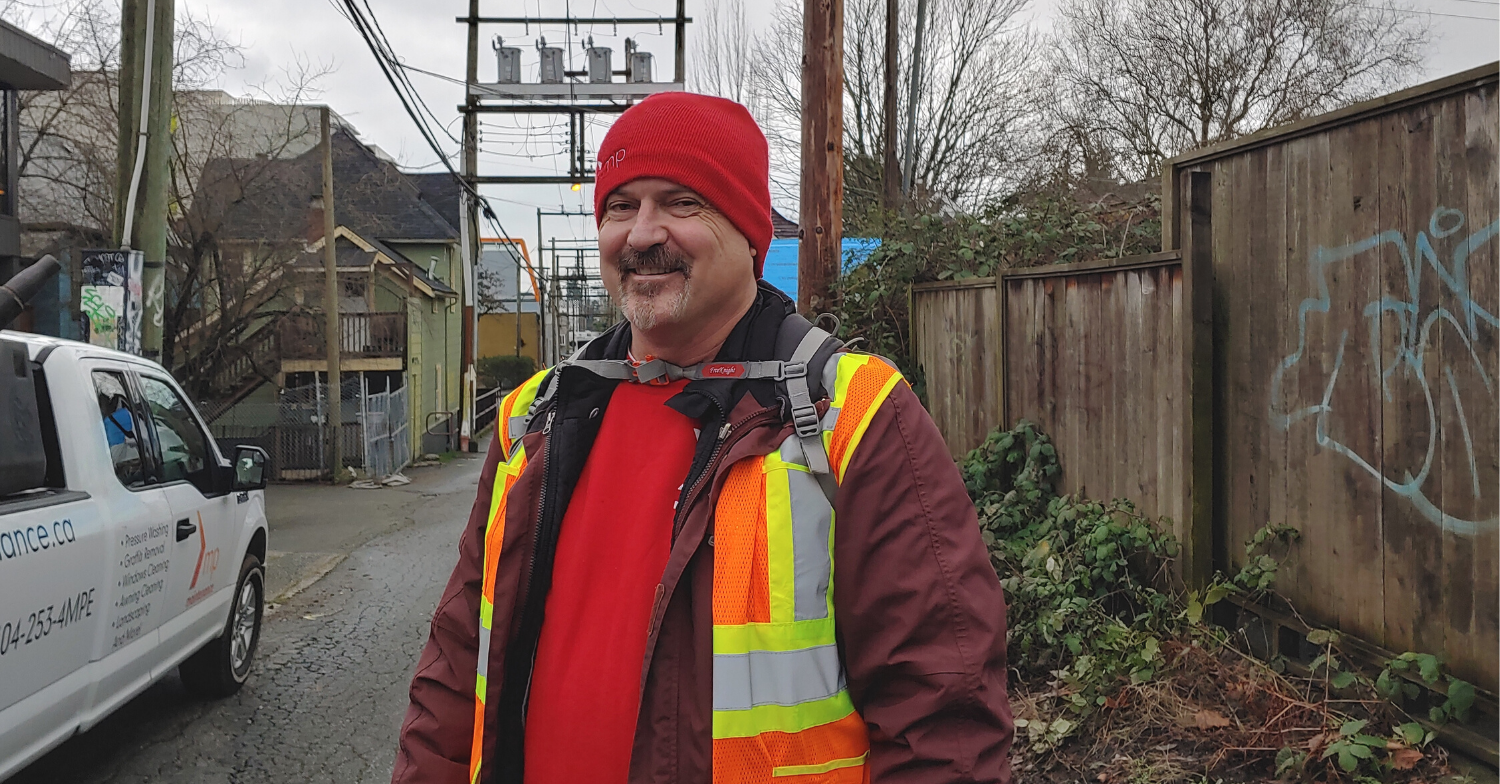 Five years ago, Renato was struggling with his mental health, and used alcohol and drugs to cope. When a friend offered a place to stay in a small town in the BC Interior, Renato took them up on that offer as he thought it might help him improve his mental health as well as decrease his substance use. During his time there, Renato did have some success, but he felt stuck in the town, as though there was no way out. As a result, Renato felt incredibly isolated and sunk deep into depression.

With the help of COVID relief payments, Renato was able to leave the small town in the interior and relocate to Vancouver. “I was really in a bad place,” Renato shares, “but fortunately I was able to get out of there, and get the help that I needed in making a really good start here [in Vancouver]. And I’m doing well.”

Soon after arriving in Vancouver, someone who lives in the same building as Renato introduced him to Mission Possible. Since then, he’s been working with MP in a position that includes micro-cleaning five days a week on Hastings Street. His determination and positive outlook has aided him in moving up through MP’s ranks, from the Clean Team to the Core Team, and he’ll be starting with the landscaping team soon! Renato states:

“I feel like I’m finally ready to focus on working as well as continuing on with sobriety. I feel more confident in my sobriety and I’ve been very methodical with getting better. I try not to take any risks so I’m not going backwards. It really is going really well. Really great actually..”

Renato’s favourite part about working with Mission Possible is the camaraderie on the team and from the people on the route he cleans. “You get a lot of people that are grateful for the work that we do.” He also credits having steady employment for giving him “a sense of renewal and fulfillment.” He’s proud of how much he has accomplished in such a short time. He’s also noticed that his patience has improved: “This type of environment helps keep me in control by practicing patience and tolerance... every day.”

The last four months have taught Renato that he really enjoys working. While at Mission Possible, he’s learned how to set goals, and has been checking them off as he goes. He’s found it helpful to make extra money on top of his disability payments, and working at MP has allowed him to explore different avenues that he might want to pursue in the future. Renato has also been working on his resume and learning how to write cover letters as he was previously self-employed. He’s thankful to Mission Possible for helping him build confidence in his abilities and get used to the city environment again.

Help us support Employment Readiness Program participants, like Renato, by making a donation today! Whether it's $10 or $1,000, your contribution makes a huge difference in people's lives every day, and we appreciate it immensely!