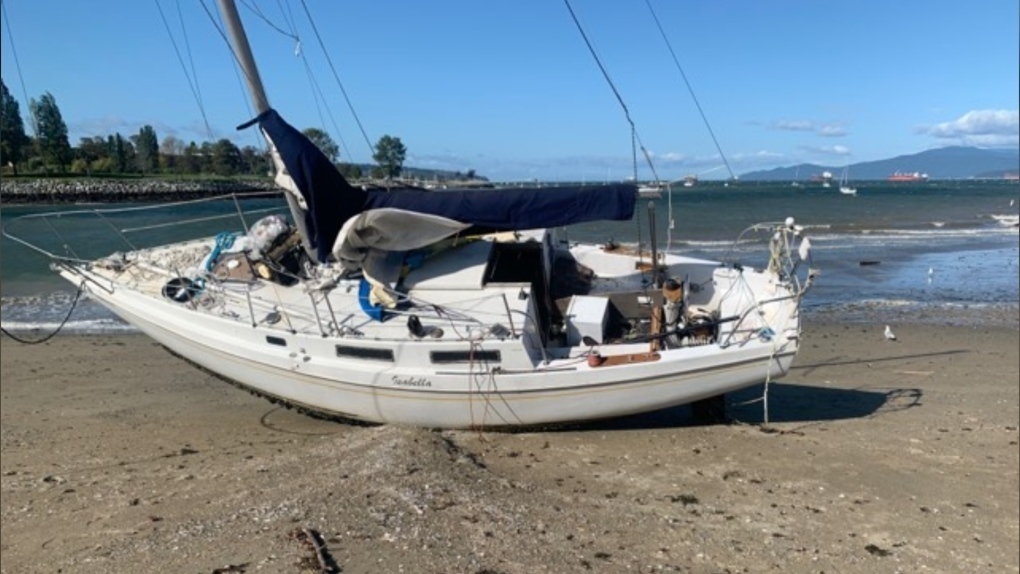 Visitors to Sunset Beach were greeted by an unusual sight Friday morning: a large sailboat sitting partially buried in the sand. 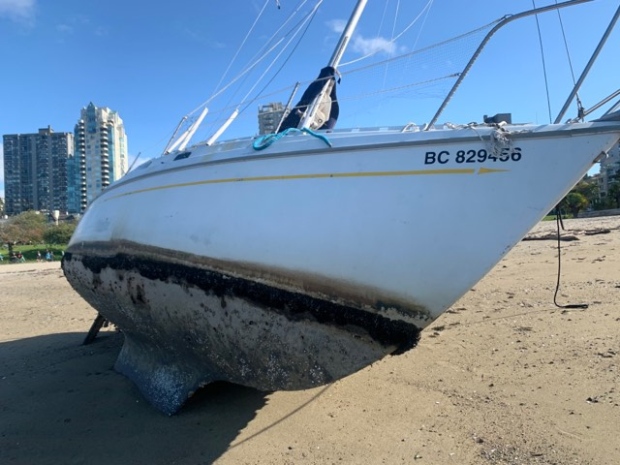 Robel Habte was taking a break with the crew from the social enterprise Mission Possible that he was supervising when he saw the vessel.

"We were shocked," he said. "I've never seen this sort of thing in real life."

Habte said he and his teams often take breaks at the beach. Sometimes, they encounter bottles, needles, or other trash there that they pick up, but they've never encountered a boat before, he said.

The vessel appeared to have been vandalized, Habte said, noting that the cabin door was ajar and some of the contents from inside seemed to have been pulled out. 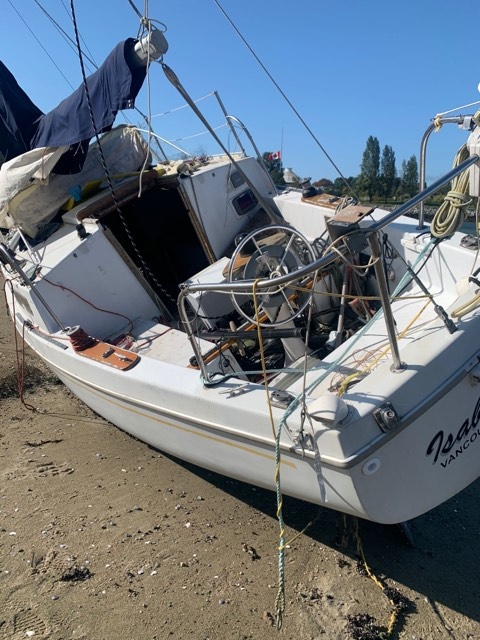 He said no one appeared to be inside the boat or tending to it when he and his crew arrived.

Habte called the Vancouver Police Department to notify them of the boat's presence. He said he thought he was the first person to have reported it. The team had to get back to work before police arrived, he said.

Officers from the VPD Marine Unit were sent to check on the boat, Addison said, adding that the boat is not considered abandoned and should not be scavenged.

"It's still someone's property," he said.

A spokesperson from the Vancouver Park Board told CTV News Vancouver the board had reached out to the boat's owner and left a voicemail message for them.

Both the park board and the VPD said they would work with the vessel's owner to remove it from the beach.

Photos of the boat provided by Habte appear to show the registration number BC 829456 on the side of the hull. Attempts to look up that number did not yield any results.

The boat has the name "Isabella" painted on its sides and stern. The stern also reads "Vancouver BC."