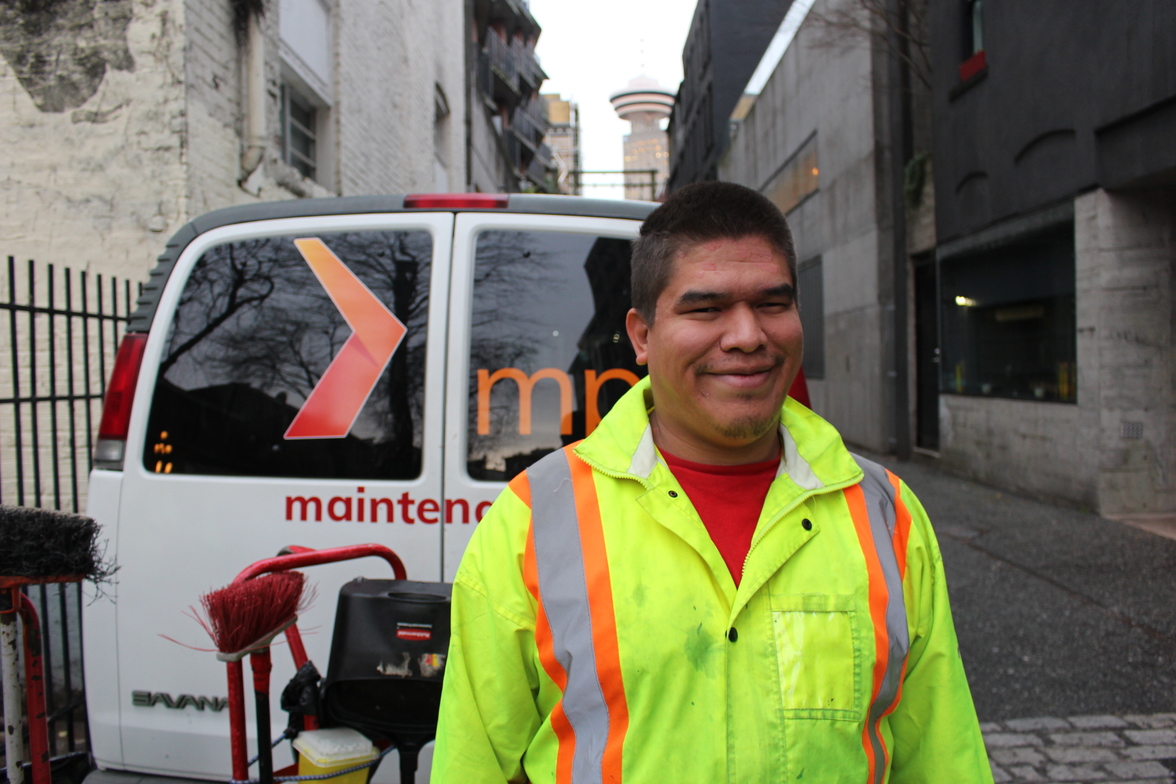 Michael has had a difficult relationship with his mother. When he was a child, she wasn’t affectionate, and sometimes treated him poorly. Later, Michael discovered her behaviour was a result of the intergenerational trauma rooted in residential schools. “My mother was just parenting me the way she had been parented by her mother. My grandmother was very supportive of me, but her experience in the residential school system shaped her relationship with others, including her children.

”Michael moved to Vancouver shortly after graduating high school. After the move, he felt lost. He drank and smoked very often to cope. As time went by he realized he didn’t really enjoy the life he was leading. He decided to make a change and quit drinking and smoking. It was challenge for him, but Michael has maintained his sobriety for over two years, and it’s been a decade since he last smoked a cigarette.

Before joining Mission Possible, Michael was unemployed. A chronic back injury combined with his learning disability limited his options for work. One day, Michael encountered Jay, MP Neighbours Coordinator, and was introduced to the opportunities available at Mission Possible. Shortly after their meeting, he joined Mission Possible’s Employment Readiness Program.

During his time with Mission Possible, Michael never missed a day of work. On the MP Clean Team, Michael and his team picked up needles and litter in various neighbourhoods in Vancouver. Michael began to see firsthand that he can make a difference. “I learned how to communicate with people. When people thanked me for cleaning the streets, I felt so much pride.”

Michael was a great asset to his team. His friendly demeanor, approachability, and professionalism made him an excellent team player and outstanding employee. His hard work resulted in a quick promotion to the more challenging MP Core Services Team. This team provides commercial exterior cleaning and maintenance services to MP Maintenance customers. Between shifts, Michael was diligent about meeting with his coach regularly to work toward his goals and discover the tools he had within himself to achieve them.

When Michael completed the Employment Readiness Program, his drive, care, and enthusiasm to make his community a better place made him an excellent candidate to join the newly formed Strathcona Micro Cleaning Crew. This initiative--spearheaded jointly by Mission Possible and the Strathcona Business Improvement Association--is the perfect fit for Michael as he continues to move forward with his employment goals. There were challenges along the way, but Michael’s Mission Possible experience was overwhelmingly positive. “You guys are professionals who work from the heart. I learned a lot from Mission Possible. When I got knocked down and turned down by everyone, Mission Possible was there to give me a helping hand. I have been honoured to work with you.”