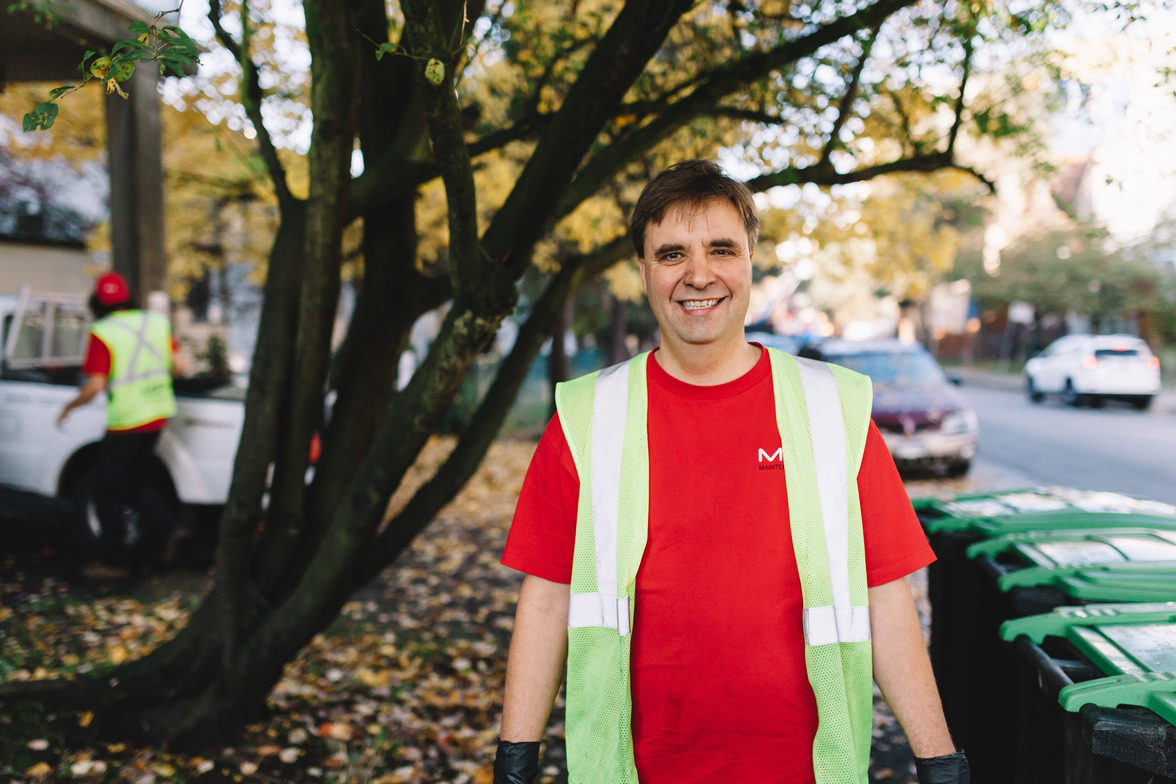 A combination of substance use, mental health challenges and lack of stable housing led Steven to fall into five years of unemployment. Steven heard about Mission Possible from his case worker at the shelter he was staying at and decided to pursue this opportunity. He attended an orientation for the Employment Readiness Program and went on to complete the three-day Employment Readiness Workshops, which included a follow-up meeting with a coach for goal setting. In August 2017, Steven interviewed and was hired onto the MP Clean Team with a six-month transitional employment contract. This new step gave him hope that things could turn around for him.

After six weeks on the Clean Team, Steven was offered a chance to transfer to the Core Maintenance Team. Though his supervisor made clear this would be more challenging work, with a full 8 hour day and having to learn many new skills, Steven jumped at the opportunity. He received training in pressure washing and landscape maintenance, and excelled in this new opportunity. In November of 2017, Steven was awarded Employee of the Month. His determination to be a team player, take direction from his supervisors and grow in his skills had not gone unnoticed by his supervisors. “I was surprised [to be awarded Employee of the Month] from September to November,” Steven remembers, “I just was always thinking that what I was doing was never good enough. But when it came right down to it, I was the best of the month!” The hard-earned recognition was a boost to Steven’s confidence and only added to his motivation to keep up the good work with MP Maintenance.

Meaningful work, and the support of a coach has been life-changing for Steven. “I have saved more money in the last 6-7 months than I have in the last 20 years, and that feels really good.”

Saving money is not the only change in Steven’s life. The personal growth he has made since coming to Mission Possible has shown up in his general outlook on life: “What I do in my free time has changed quite a bit. With the money I’ve saved here, I’ve been able to get a season’s pass for Grouse Mountain and have begun skiing again.” Skiing was something Steven loved as a teenager and young adult, but using street drugs had completely sapped his interest. Now, after months of work and coaching, Steven has rediscovered healthy outlets that have improved his overall quality of life.

Steven’s contract was renewed for another six months with a more rigorous position as a Maintenance Technician. He is confident he will find employment in a similar field once his contract has finished. “Mission Possible gives anyone with the right attitude who wants to work a chance. Honestly, it has been great working here, and I look forward to whatever time I have left working with Mission Possible!”