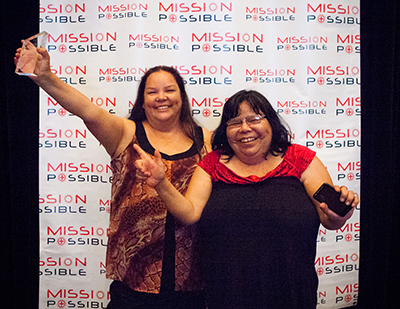 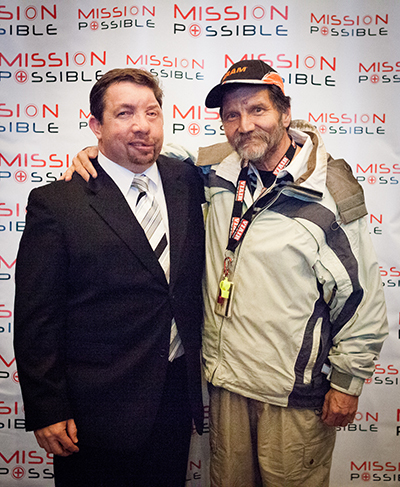 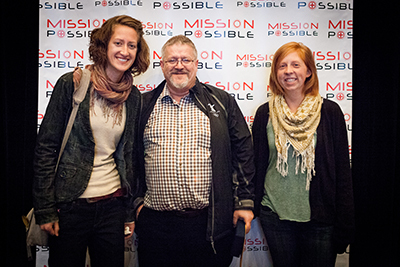 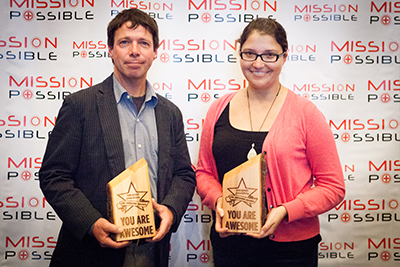 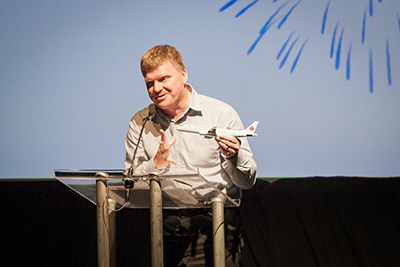 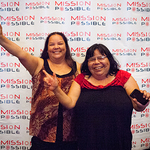 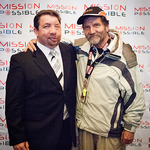 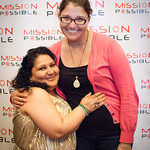 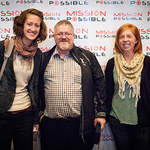 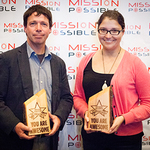 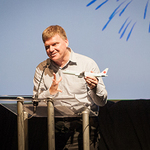 Holding a small model plane up in front of a captive audience, Glenn Oerzen began to describe the physics behind momentum.

“Momentum is mass and velocity,” he explained. “But for tonight we will think of it as strength of character and direction.”

The metaphor was fitting for Mission Possible’s Momentum Award Ceremony held on October 15th at The Imperial. Award recipients were present with their friends, family, coworkers, and supporters cheering them on.

The Momentum Awards is an annual ceremony held to celebrate the hard work and achievements of Mission Possible’s work program graduates as well as exemplary Community Co-Op members. This year, 25 recipients were recognized for both their strength of character and commitment to positive direction.

Cecily Killam (MP Maintenance graduate) and Loretta John (MP Neighbours graduate) also addressed the audience and shared their experiences in the six-month work program with their fellow award recipients. Both women have overcome many personal struggles to achieve the accomplishments they were recognized for that evening. They are just two examples of individuals who have dedicated themselves to taking positive steps forward in their lives and consistently inspire others to do the same.

At Mission Possible we talk a lot about Purpose and Paycheques. At the root of all that we do, however, are undeniably the People – the ones who put in the hard work to make changes and invest in themselves and their community. It was truly an honour to recognize them.

For their Meaningful Impact in the Community

“Awesome Awards” – for their hard work at MP

For the Completion of the Work Program: