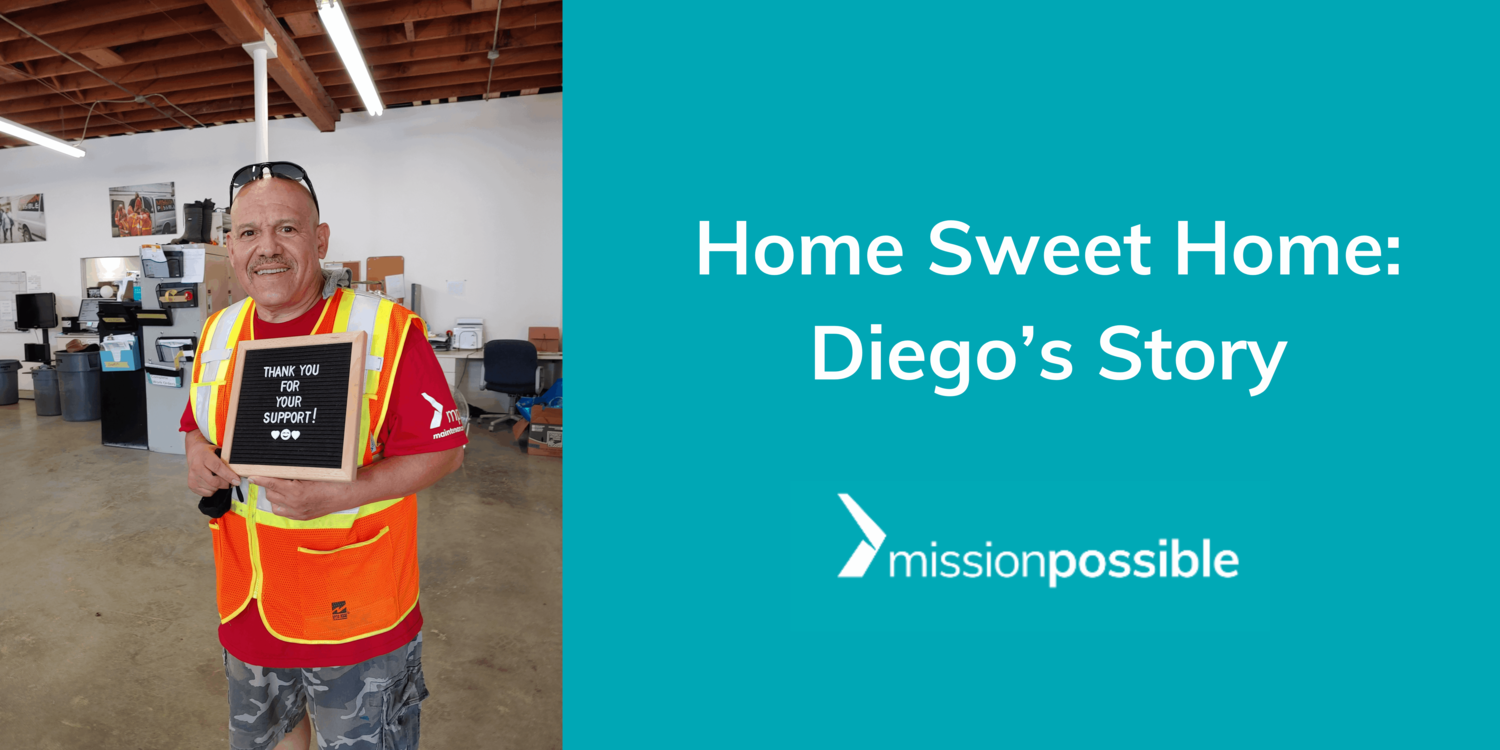 Diego has spent the last 30 years of his life in British Columbia, and the last five living in Vancouver. Having left El Salvador in 1987 due to a civil war, Diego moved a lot, through Mexico, and the United States before landing on the east coast of Canada in 1989. He didn’t speak English, but he was determined to learn, and did so in just seven months!

When he lost his job at a car factory in Ontario during a recession in the early 90s, he moved to British Columbia and found work with a construction company that produced cement. Earning more money than he had before, he stayed at this position for five years. When he separated from his common law partner whom he had a son with, Diego moved to Vancouver looking for a new start and new opportunities. However, he ended up without a permanent address and lived in shelters for two years because he had difficulty finding a place to call home.

He’s happy to share that he has a home now, even though he finds it difficult to be in the Downtown Eastside. He’s trying his best to stay clean and sober, and has been doing very well, but being in the neighbourhood tests his willpower. He has the occasional cravings for the substances that he used to use, and finds it frustrating because he remembers how miserable he was and doesn’t want to go back to that life. However, keeping busy, and having work to focus on helps him stay grounded on his recovery path. He’s also looking for better housing in a different neighbourhood.

During his time at a nearby shelter, Diego saw Mission Possible’s crews walking around regularly. When he saw the sign outside our office, he came in to learn more about our program. He instantly felt comfortable in our space, and quickly felt a deep respect for the other associates that work here. In particular, he appreciates that many associates have faced similar struggles with substance use as he has, and feels safe in their company.

Diego is proud that he’s been able to stay sober, and is excited that in doing so, he’s been able to save some money as well. He has also been able to stay in touch with his mom, who still lives in El Salvador, more frequently now. He’s enjoying his time at MP, and feels like it has made him more responsible. He started on the Clean Team, and recently joined the MP Neighbours team after completing his security training. In addition, he works Sundays at our Power Breakfast keeping the area clean and monitoring the line as people receive their hot meals. He shares, “Now I’m busy over here working, you know, so I’m very focused on my job and trying not to do anything wrong in my life.”

Looking forward, Diego is excited to see what his security certification will allow him to pursue. He’s looked at a few job opportunities outside of MP, and recently completed a resume and cover letter workshop with one of MP’s partners. Diego’s main goal is to save money as he hopes that within the next few years he’ll be able to move back to El Salvador, buy a home, and spend time with his mother who is quite elderly. He has incredibly fond memories of growing up there in the countryside; living beside a river, growing lots of produce and taking care of farm animals. Diego hasn’t had to touch a single cent from his last pay cheque yet, so he’s happy to see that he’s on the right path. With such a positive attitude, and drive to meet his goals, there’s no doubt in our mind that he’ll get where he wants to go.