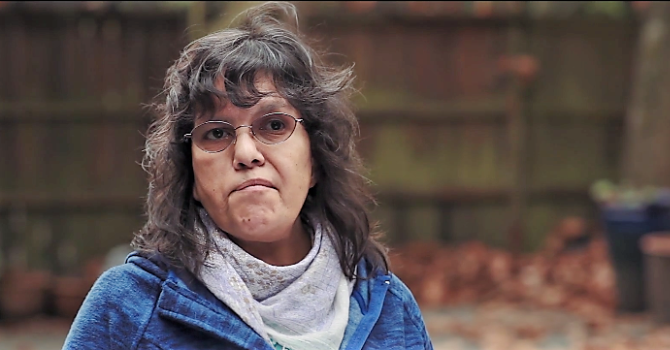 Sandra says, "I'm a woman who's been there and done that." She knows her past is complicated and she uses her experiences to be a person of solidarity and understanding for women on Vancouver's Downtown Eastside (DTES).

Sandra grew up in Winnipeg, is the child of a residential school parent and was raised in foster care so her family ties were disconnected. She came to Vancouver in 1986 and in her own words she “got mixed up with the wrong crowd.” As a result, she ended up selling herself on the street, addicted to alcohol and drugs, and at times, homeless. Sandra says,  "I totally lost control and respect for myself."

In 2009 Sandra wanted to make a change. She volunteered at Mission Possible and began recycling soap for about a year and a half. From there Sandra got involved in MP Neighbours which is a community-based solution to safety and security.

Matt Smedley, CEO at Mission Possible says, “Sandra's story is one in which she first volunteered and participated in transitional employment at Mission Possible and now she has moved on to a full-time, good paying job. Her life was completely changed in that process.”

The beauty of Sandra’s story is that she not only overcame great challenges, but she also found a way to give back to others. Sandra now works at the Union Gospel Mission Women and Family Centre. She works with women who want to exit out of addiction and look for a more settled and stable life.

Sandra was living with a lot of guilt and shame, but in the process of recovery Sandra re-established her relationship with God and learnt to forgive herself.

Please consider making a gift to Mission Possible to support individuals like Sandra who are working to rebuild their lives. Contact us at 604-253-4469 or donate online now