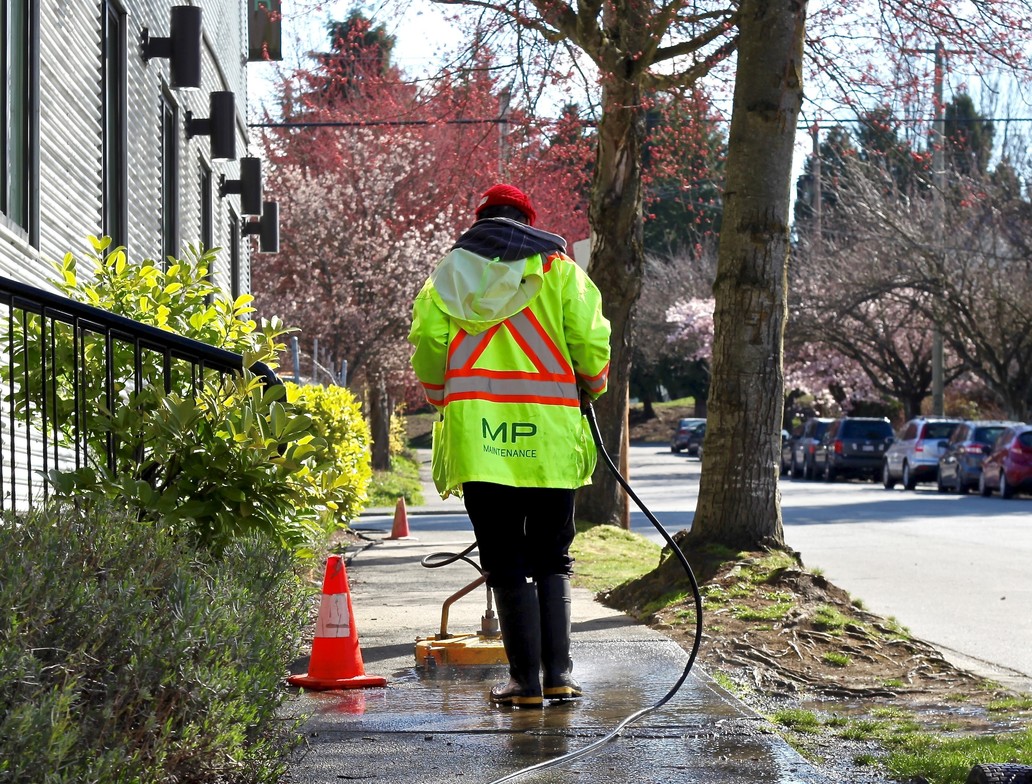 Fear is a mighty barrier. *Carl knows this firsthand. Not long ago, he was released from jail and unemployed. He wanted to work, but was consumed by the fear that prospective employers would judge him for his criminal record, weak resume, and lack of work experience.

He was encouraged to check out Mission Possible, but fear threatened to deter him. He wondered if the team at MP would judge him, and if he had the skills needed for their program. But Carl pushed through the fear and attended an orientation and workshops offered by MP. That experience reassured him that he wouldn’t be judged; he felt acceptance and saw potential in the opportunity.

Carl was hired to work on the MP Clean Team. Though he found the work meaningful and could see that it made a real impact on the community, he still struggled with the fear that he would be judged by his coworkers as they learned about his past. As the months went by and his skill set increased, the fear began to lose its power. “I saw myself growing; I got a lot more confident. I realized that people were not just judging my past. I started to trust people more and see that people are not trying to close doors.”

Once he became comfortable in his role, Carl began to embrace greater responsibility and leadership. “I became a coach and guide for others,” Carl says, “teaching them the things I didn’t know a few months ago.” The public response to Carl and his team also added to his confidence. “They would say thanks for the hard work. Not just a few, lots of people. There was very little negativity. The public treated us with respect.”

Carl greatly benefited from the coaching offered at Mission Possible. This, he recognizes, “was helpful to change my mindset and gain confidence to get out there and try. I learned to not be afraid; I had the option to think about what I want to do.”

After completing the program, Carl took a job that unfortunately led to an injury. But rather than call it quits, he drew on his new found strength and confidence to set his eyes on the job he really wanted: working at Costco. He called for interview, did really well, and was hired.

Costco has been a good fit for Carl, and he has proved to be a great employee. He sees a future with the company and constantly applies for new postings, hoping to move up the chain there and one day be a full-time employee. He sees this job as another step towards a bright future, dreaming of one day returning to university and training in different field. In his personal life, Carl has changed, too--he continues to expand his social circle, “trusting that people are good.”

When Carl considers his experience at Mission Possible, he can’t help but credit it for the life he enjoys now. “Without Mission Possible, I basically wouldn’t have even applied,” admits Carl. “I had a really good reference from Mission Possible and that was why I got the job. I know I am worth being a member of the team, and I wanted to show what I could do. Mission Possible gave me confidence and opened many doors.”