Board of Directors appoints Matthew Smedley to lead Mission 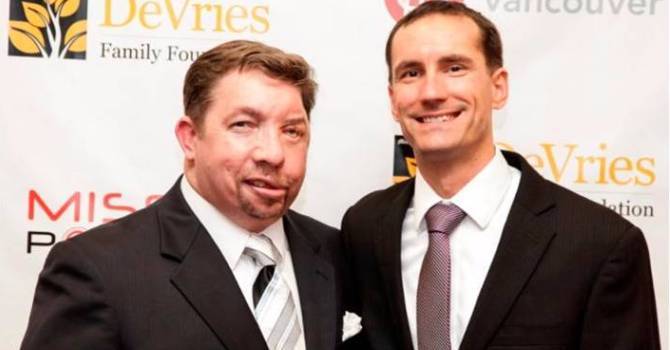 Mission Possible is pleased to announce the appointment of Matthew Smedley as its new CEO and Executive Director.

After a lengthy and careful search process, Mission Possible is pleased to announce the appointment of Matthew Smedley as its new CEO and Executive Director. In doing so, Matt becomes the fourth full-time Executive Director of the 25-year-old organization. He succeeds Brian Postlewait, who initiated a planned succession in an effort to live closer to his extended family in the United States.  Mission Possible is a non-profit community economic development agency located on Vancouver's Downtown Eastside that transforms lives by helping those challenged by homelessness and poverty renew a sense of dignity and purpose through meaningful work.

Randy Ferrario, Mission Possible’s Chair of the Board, notes that the Board enthusiastically selected Matt based on his track record as an exceptional leader in the organization and the Downtown Eastside community. Matt held a number of positions at Mission Possible over the past nine years, most recently serving as Deputy Director and COO for the organization.  Partnering with departing Executive Director Brian Postlewait, Matt played an integral role in developing Mission Possible’s social enterprises, MP Enterprises, into one of the most respected and successful social enterprises in Canada.  Under their leadership, MP Enterprises was transformed from a mere start-up to an established enterprise with over 40 employees annually.

In response to his appointment, Matt says, “I am both honoured and humbled by this opportunity to expand my leadership role with Mission Possible.  We have an incredible team of staff and volunteers, and are privileged to do good work within a community I have grown to love and know well.  I look forward to a bright future of partnering with our supporters to bring dignity and purpose to the those challenged by poverty and other barriers to employment.”

Matt assumed his new role on June 1, 2016. The Board of Directors is grateful for outgoing CEO Brian Postlewait’s extraordinary service over the past nine years. Brian and Mission Possible won several awards during his tenure, including 2011 Business in Vancouver’s “Top 40 CEOs under 40” and “Best Emerging Social Enterprise” (MP Maintenance) in Canada by the Trico Foundation.

Mission Possible is a community economic development agency located on Vancouver's Downtown Eastside. It transforms lives by helping those challenged by homelessness and poverty achieve a renewed sense of dignity and purpose through meaningful work.