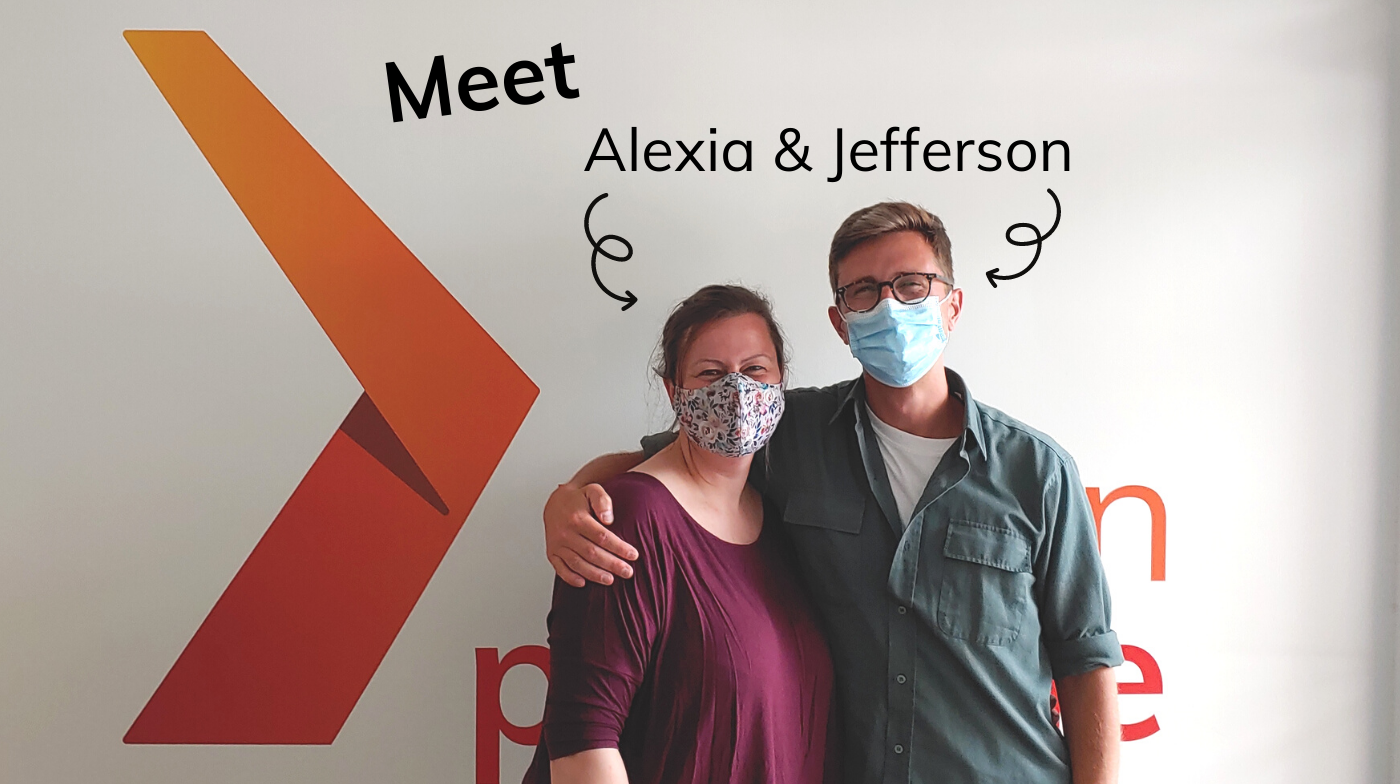 Every year, Mission Possible welcomes two Adler University students to the team. These students are completing their Masters in Counselling, and as part of their social justice practicum, they need to complete 200 hours with a community partner. This practicum is an attempt to grow socially responsible practitioners that have some background knowledge of the different needs in the community. It really focuses on fostering community and contributing to community.

Over the past ten months, we have had the pleasure of working with Alexia and Jefferson on the Development team! They are both halfway into their Masters, and out of a long list of potential placements, Mission Possible made it into their top ten. For Alexia, as soon as she saw our website, we had her attention. She recalls thinking, “This is where I want to be.” On the other hand, Jefferson recognized Mission Possible’s name from his teenage years having volunteered with our weekly meal service before. He noticed that MP had expanded to include an employment program, and was excited by how inclusive and open we are.

Usually, Adler students work in the office once a week to meet their hours, however, Alexia and Jefferson’s time at Mission Possible was greatly impacted by COVID, and they completed their whole practicum remotely. This didn’t stop them from engaging fully with Mission Possible’s work though. From emailing potential gala donors and completing donor calls, to helping the team develop a corporate donor strategy, and reaching out to past associates for a housing survey, Alexia and Jefferson helped out in any way they could. Out of it all though, both students highlight the housing survey as a standout project. For Jefferson, talking to past associates gave him a better understanding of people’s experiences and he was excited by how eager people were willing to share. Similarly, Alexia really appreciated that folks were given the chance to contribute and share their experiences.

While working remotely was difficult for both of them, one of their favourite parts about working with Mission Possible included the supportive team. In her past, Alexia worked on the frontlines of a lot of organizations, so working behind the scenes was a new challenge for her. However, with the support of the team, she shares that her favourite part was “feeling supported, and feeling like it’s ok to be vulnerable, to not feel scared to voice an idea or an opinion, and to know that you’re going to be valued.” She expressed that she felt supported enough to stumble, and knowing that the same team was supporting associates meant a lot to her. Recognizing that the past year was incredibly difficult for everyone, Jefferson also appreciated how vulnerable and transparent the Development team was. In acknowledging current events at meetings, and doing mental health check-ins with the team, Jefferson was filled with hope despite all the challenges presented. Another highlight for both of them was witnessing personal growth, not just in themselves, but in each other and the team.

As they’re wrapping up their practicum, I asked them what they’re taking away with them. Alexia shared, “The belief that change is possible. It’s tangible, it can happen if you have people who are willing to learn and grow, and leadership that is humble and inclusive and lets people have that space to be vulnerable.” And for Jefferson, “Now I know I’m part of a team. There are people in the world who are willing to be selfless, and I feel like I’m now part of that world. It feels like we are all more capable together.”

Since working with the team, their initial impressions have only been reaffirmed. Alexia shares, “My love for this organization has only grown and grown and grown.” Jefferson agreed and noted, “Everyone has the opportunity to share what they have to say and it’s all valued.” While they’ve wrapped up their practicum, Alexia and Jefferson have both continued to help out in-office now that restrictions have lifted. They’ve been enjoying talking to people in person and meeting associates too! Both of them are excited to see where MP is in the next five years because they see so much potential and positive change that is coming out of the organization. Jefferson insightfully noted, “MP is a huge pebble,” and it's ripple effect will impact the whole community.

We’re so thankful for their commitment to our organization over the past ten months, and are just as excited to see where the future takes them. They’ve made a huge impact on our community, and we look forward to seeing what they accomplish moving forward!